A downloadable game for Windows

While fleeing, you stumble across a small village in dire straits and you're offered the position of mayor. Can you rejuvenate the village within a week while staying ahead of the people who are after you?

After downloading, unzip the contents to a folder of your choice. Double-click on Game.exe in that folder to start the game.

A very cute and quick game! I got The Lost Art of Innkeeping in a bundle some time ago and I've honestly been excited for every game you put out since!

I appreciate your letting me know - I'm glad you've enjoyed my games!

Hey SeaPhoenix! Guess what! I liked your game, again! XD I don’t know but the style of stuff you do (or at least the one I played for the old IGMC) really matched my taste, and this, no surprise, was the same.

Tl;DR I liked it, it’s my jam, and the snappy and casual nature of it is right in my zone. 5 stars. Great job.

Thanks for letting me know! Glad you're enjoying it! 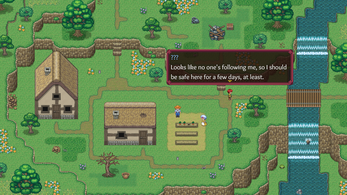 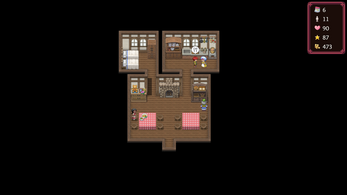 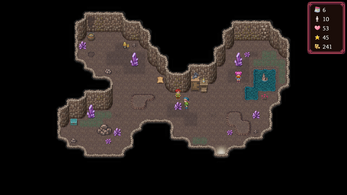 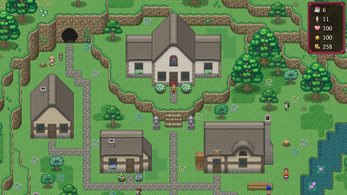 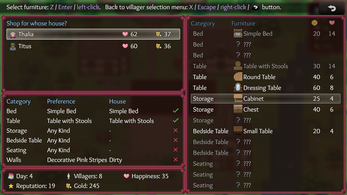